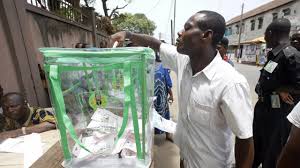 The Commissioner of Police, Delta Command, Mr Ari Ali, has declared that there will be restriction of movements in Isoko South LGA from midnight on Friday until 4:00 pm on Saturday.

This was revealed by the acting spokesman of the command, DSP Bright Edafe, this in a statement he made available to newsmen on Friday in Warri.

According to him,  the restriction of movements would enable the achievement of a hitch-free by-election into the Isoko South Constituency One scheduled for Sept. 11.

It will be recalled that  the seat became vacant following the death of Kenneth Ogba in June.

The statement said that the CP has ordered massive deployment of officers and men to all the polling units and also some speculated hot spots in the local government area.

The aim is to maintain peace throughout the electioneering process.

“The CP assures all residents that the command is committed to ensuring the security of everyone during the poll.

“The CP also appeals to front runners in this Local Government by-election to please caution their supporters and foot soldiers to restrain themselves from causing chaos as such will not be tolerated,” the statement said.

It added that no Police aid or security agent would be allowed to escort their principals or any important personality to polling units or on any movement while the by-election lasted.

“Any security aid violating this directive will be arrested and made to face the full wrath of the law,” it warned.

The CP, however, assured that the Police personnel deployed for the exercise would be professional in the discharge of their designated duties.

Previous: Buhari should address Nigeria’s challenges before it gets out of hand- PDP chieftain
Next: Kaduna LG Poll: We won all seats, but we were rigged out- PDP chieftain