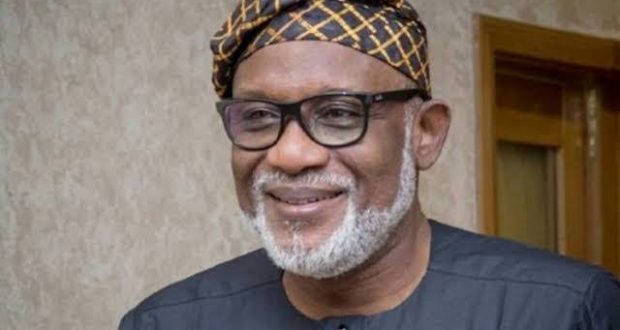 Details have cropped up on why Ondo State Attorney-General and Commissioner for Justice, Kolawole Olawoye, was booted out on Monday morning by Governor Oluwarotimi Akeredolu.

Ajiboye said Titiloye’s name would be forwarded to the State House of Assembly for confirmation.

It was gathered that Kolawole fell out of favour with the administration of Akeredolu over many factors especially the handling of the issues that led to the protest by lawyers employed by the state government.

The lawyers embarked on work to rule strike over lack of operational vehicles, poor welfare package and infrastructural deficit in the judicial sector.

A top government official said Governor Akeredolu was embarrassed that lawyers could embark on public protest without his being aware of the issues.

The official stated that there was no time Olawoye brought the issues that led to the protest to the knowledge of the Governor.

He was also seen as the arrow head of the rumour about the issue of alleged fake certificate scandal of the Deputy Governor elected; Lucky Aiyedatiwa

It was also learnt that the sacked Attorney General has been having a cold war with the governor since 2018.

According to the source, “I think the Governor has even tolerated him for too long; no governor could have absorbed what the man was doing to Akeredolu simply because they are from dame town, Owo and close friends.

“The whole thing started just about two years into the administration when Olawoye complained about favouritism for some persons from Owo against him, and these are young guys with energy who have been very influential.

“But what was his contribution. He had blackmailed the Governor anywhere he found himself and the worst came about a week ago when he took certain unilateral decisions without the knowledge of the Governor and that caused some embarrassments to the Governor.

“The most important of all is his inability to build consensus among top lawyers in the state. The ministry has been reduced to nothing and we lawyers have so much respect for the Ministry and we think it the right decision to take.

“The most painful thing that happened was last year when the man without the knowledge of the governor, connived with someone from the South senatorial district to sabotage the appointment of the current deputy Governor elect, Lucky Aiyedatiwa from becoming the MD of NDDC. Even when that failed, Aiyedatiwa could not be considered for the position of State rep until the president stopped that process