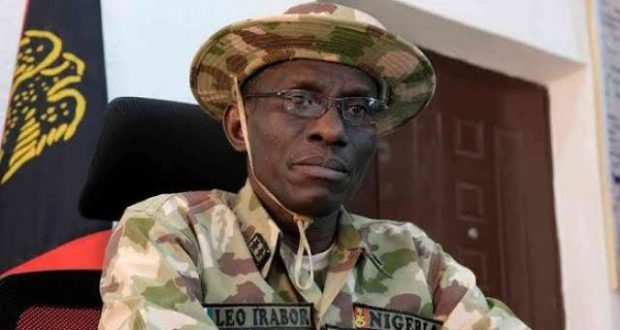 The Peoples Democratic Party (PDP) has spoken on the statement made by the Chief of Defence Staff, General Leo Irabor, who said that the military is under pressure to compromise the 2023 elections.

It will be recalled that the Defence Chief had claimed that the military and other security agencies are facing constant pressure from politicians to compromise elections.

He further stated that necessary measures have been put in place to ensure that the military follows the directives of President Muhammadu Buhari to remain neutral in the forthcoming elections.

The defence chief added that the military will assist the Nigeria Police Force in monitoring and securing the process.

Reacting to the development, the spokesman of the PDP Presidential Campaign Council, Kola Ologbondiyan, urged the military to resist the pressure to compromise the 2023 elections.

Speaking with newsmen, he said it was important for the military to guarantee a credible poll in addition to its duty of protecting the territorial integrity of the country.

Ologbondiyab added that the Defence Chief should ensure that its men adhered to the rule of law during and after the forthcoming polls.

He said: “Our campaign council urges the military hierarchy to ensure that the rank and file operate within the confines of the rules of carrying out the responsibility of internal security.

“What is important is for the military to guarantee a credible poll in our nation. They have the duty of protecting the territorial integrity of our nation in conformity with the laws.”

Ologbondiyan berated the unnamed politicians mounting pressure on the military, saying they should rather engage the electorate and sell their manifesto to the people.

He added the PDP presidential candidate, Atiku Abubakar, has been campaigning and also talking to Nigerians about his plans for Nigerians, asking other contestants to do the same.

‘’If you look at the political climate of our nation today, you will agree with me that the presidential candidate of our party, Atiku Abubakar, who is campaigning and also talking to Nigerians his marketing policies, promises that he plans to implement when he is sworn in as President on May 29. As such, we counsel other politicians to stop mounting pressure on the military.”