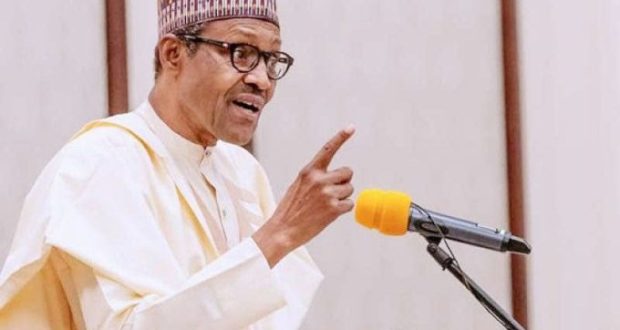 “Don’t give favour to any politician on jobs, favours,” Buhari warns MDAs

President Muhammadu Buhari has issued warning to Ministries Departments and Agencies (MDAs) to disregard any purported request from government officials to give undue advantage on anyone seeking jobs or other favours.

The President’s warning was delivered on Wednesday in Abuja by the Minister of Information and Culture, Alhaji Lai Mohammed.

The statement was signed by Mr Segun Adeyemi, Special Assistant to the President (Media) Office of the Minister of Information and Culture.

The minister said that the president’s directive was sequel to persistent reports of fraudsters using the business cards and purported referral letters from presidential aides and other government officials to solicit employment, contract and other favours.

Mohammed said that the President equally warned political appointees and other government officials against using their positions to bestow undue advantage on anyone seeking government jobs and other favours.

The President, according to the minister, emphasised that such act “is antithetical to the character of the Administration”.

“The Administration has put in place a systematic and disciplined approach to ensure that the government runs smoothly for all Nigerians, whether in the area of employment or contract procurement.

”This system should be allowed to work for all Nigerians without interference,” he said.