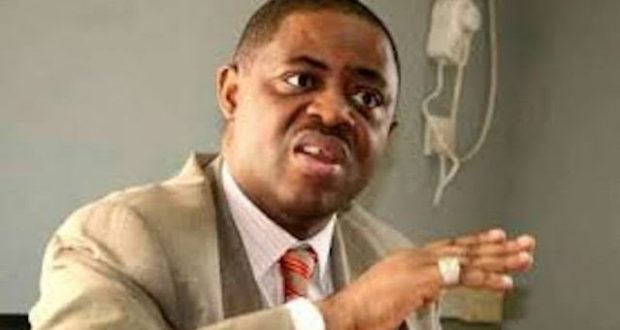 ‘Don’t sell your soul to Fulani because of Speakership position’, Fani-Kayode tells Gbajabiamila

Former Minister of Aviation, Femi Fani-Kayode has told Femi Gbajabiamila not to sell his soul to the Fulanis because he wants to become a speaker.

Reacting to a photo in which Gbajabiamila was pictured sitting at the feet and clinging to the thighs of a Fulani Islamic scholar by the name of Sheik Dahiru Bauchi, Fani Kayode said he was displeased with what he saw

In his words: “Has it really come to this? Do we have to sink to this level? Must we bow before them? Is it not better to die a free man than live a slave? Some have argued that Femi did this because he is a Muslim and that he was merely displaying his deep respect for a northern Muslim cleric.

“I find this contention, at best, intellectually dishonest and, at worst, specious and disingenuous. It is also a pernicious lie that seeks to mask the bitter truth. The question is whether any leading Fulani politician would ever crawl before, kneel at the feet of and grab the thighs of any Yoruba Muslim cleric or Sheik simply to win his support for any position?”

According to Fani-Kayode, “I doubt it very much given the fact that Fulani Muslims do not even allow Yoruba clerics to lead prayers in mosques in the north. The Yoruba Muslims in the north are compelled to open their own “Yoruba Mosques” where they can lead in prayer but they cannot lead in any mosque that the Hausa Fulani attend.

“This is the case despite the fact that Islam came to the Yorubaland, through the Turkish traders, a good 400 years before it arrived in the northern region of what later became Nigeria through Usman Dan Fodio. I have known Femi for over 40 years and I have always loved and respected him. I still do. And as far as I am concerned politics can never come between us. But the Femi in this picture is not the Femi I knew, loved and grew up with in old Lagos.

“That Femi would never bow or kneel before any man for any reason. That Femi was a man of honour, self-respect and dignity who put his family and tribe before anything or anyone else. That Femi was one of the most brilliant minds of the new generation of young political leaders that emerged in the late ’90’s and that went on to do great things and achieve so much for their people and country.

“Nothing could intimidate him and no-one could buy him. And neither would he ever beg or crawl before anyone or grab their thighs and knees in desperation. Sadly things appear to have changed. May God deliver us! I still believe that he would make a great Speaker of the House of Reps and that he deserves the position.”