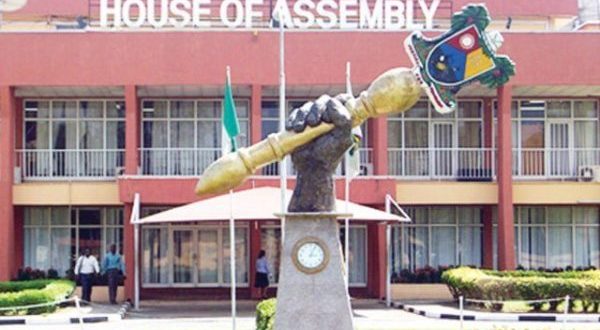 A mild drama took place on the floor of Lagos State House of Assembly, on Tuesday, as a lawmaker, Mr. Moshood Oshun walked out of the chamber during the plenary session.

Oshun is a lawmaker representing Mainland 1 in the house .

Oshun was said to have walked out of the chamber after refusing to take his allocated seat instead of the one he was sitting on in the chamber.

While in the chamber, Oshun who bluntly refused the seat noted that, he said he had earlier complained that the seat allocated to him was not convenient.

But the Speaker told him: ‘If everyone was given the privilege to choose a particular seat, the chamber might look somehow”.

It will be recalled that Oshun was one of the two lawmakers suspended indefinitely in March while two of its principal officers, the Chief Whip, Rotimi Abiru, and the Deputy Majority Leader, Olumuyiwa Jimoh were demoted.

However, the suspension of the four lawmakers had been lifted after the intervention of the party hierarchy.

Previous: The Politics of Ajimobi’s Death- By Reuben Abati
Next: “Don’t give favour to any politician on jobs, favours,” Buhari warns MDAs