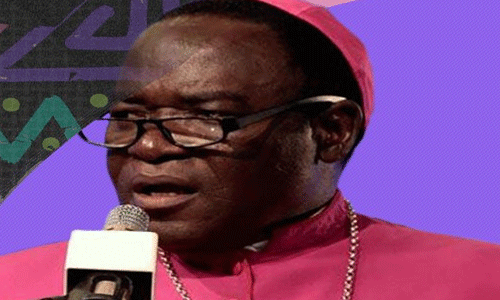 General Overseer of Mount Zion Faith Global Liberation Ministries, also known as By Fire By Fire Bishop Abraham Udeh has canvassed for the state of Biafra.

He urged politicians from Southeast to drop the Igbo presidency agenda and pursue actualisation Biafra.

He said Biafra independence or Nigeria restructuring would favour the Igbo more than the presidency.

Udeh, who addressed reporters in Nnewi, argued that the solution was to divide Nigeria into three or make independent from the centre each of the six geopolitical zones.

He said: “An Igbo man might become president in 2023 but he would either be killed or overthrown by the military. I saw that situation in the spiritual realm and warned the Igbo personalities warming up for the 2023 presidential election to have a rethink and rather channel the energy and resources to …Biafra actualisation.

“The only solution is to divide Nigeria into three or each of the six geopolitical zones to be independent of the centre. It is a sealed deal that an Igbo man will never be allowed to rule Nigeria.

“According to how it was revealed to me, an Igbo man, after much pressure to rule, may be allowed to become president but shortly after, insecurity, including Boko Haram insurgency and banditry, will be intensified to discredit such president.

“The military by that reason will strike. I don’t see the Igbo man president surviving the military.”

The cleric, who maintained his prophesy must come to fulfilment, described the president of Igbo extraction as a deceit and scam.

On reports that proscribed Indigenous People of Biafra (IPOB) was quoted as supporting Igbo presidency, Udeh said “if IPOB has succumbed to Igbo presidency politics, it’s on its own and not representing the opinion of all its supporters.”