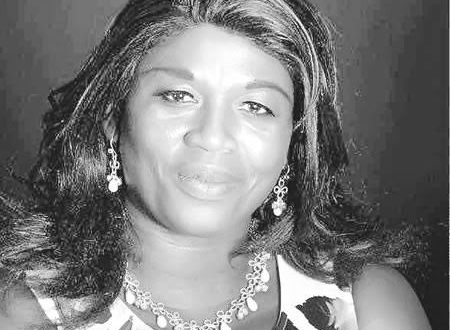 A group loyal to the Democratic Party (PDP) known as Non Indigene Forum, has declared support for a senatorial aspirant, Princess Abiodun Oyefusi, in the upcoming by-election of the Lagos East Senatorial District.

The group is from  lthe five local government areas of Ikorodu, Epe, Ibeju-Lekki and Shomolu under the the Lagos East Senatorial District,l.

It made this disclosure in a letter sent to the National Chairman of the party.

In the letter signed by Chief Donatus Okoro, Mrs. Paulina Agbator, Dr. Michael Okondo, Mrs. Eunice Bassey and Comrade Kenneth Newton, the group also alleged clandestine moves by some leaders of the party to impose a former Action Democratic Party (ADP) Governorship candidate, Babatunde Gbadamosi, who recently defected to the PDP as candidate for the by-election.

It called on the National Leadership of the PDP to call leaders of the party in the state to order.

The by-election is necessitated by the death of Senator Adebayo Osinowo on June 15.

The group said: “We sincerely call on the PDP National Leaders and other stakeholders to act swiftly and check the Lagos PDP leaders from trading a real candidate for an apparent one.

“If we work as members of the same PDP family, victory is guaranteed considering yearnings from numerous members of the opposition parties whose interests are just to stop the dominance of the APC.

“From feelers around, same set of leaders who are used to failure are trying to scuttle the peace already being enjoyed all around considering the rising profile of the PDP generally.

“The same Gbadamosi contested in 2015 for governor under the PDP. The moment President Goodluck Jonathan asked that Jimi Agbaje, the eventual party candidate should be supported by everybody, he was the only party aspirant that worked against the party.

“During the last elections, the same man crossed to the ADP and contested for Governorship.

“During the last elections, after numerous quality people were forced out of the party by the same set of leaders and ‘dashed’ to the APC due to high handedness, impositions etc, the last party candidate, Princess Abiodun Oyefusi stood by the party like a rock of Gibraltar.

“She gave love, hope and renewed strength to an almost dying party in the senatorial district.

“This same woman single-handedly paid the rents of some of the PDP LGA Secretariats in about 4 out of the 5 LGAs. Apart, she single-handedly sponsored membership continuous voters card registration exercise across board.”

The group said the Lagos State PDP remains the only party in the South West that have not won a seat in the Senate due to the constant intra-party issues orchestrated by a few disgruntled leaders that are used to failure.

It added that the coming election is a sure win for the PDP if stakeholders can timely call everybody to order.

Previous: Oshiomhole: What Next for Dethroned APC Chairman?
Next: APC threatens to sanction any member who sues National caretaker committee