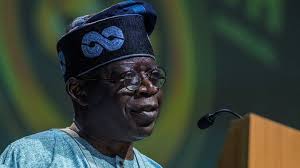 The  Peoples Democratic Party, PDP, Ebonyi State chapter has told the Presidential candidate of the ruling All Progressives Congress, APC, Asiwaju Ahmed Tinubu not to be deceived by Governor David Umahi’s assurance on giving him massive votes from Ebonyi in the 2023 general election.

The major opposition party made this remark inn a statement signed by its Publicity Secretary, Mr Chika Nwoba and made in Abakaliki, insisting that Ebonyi State remained a stronghold of the PDP in the country.

It will be recalled that  Umahi had called on the citizens of the State not to vote for Labour Party, LP, and the PDP in the forthcoming general election.

Responding, Nwoba said: “The attention of the Peoples Democratic Party, PDP, in Ebonyi State has been drawn to a statement credited to the Governor, Engr David Umahi wherein he said that Ebonyi people wouldn’t vote for the PDP presidential candidate ahead of the 2023 general elections, Atiku Abubakar, but would vote for the APC’s Bola Ahmed Tinubu.

“It should be known to the general public that David Umahi is not the spokesperson of the generality of the people of Ebonyi State and as such, doesn’t have the locus standi to say whom and whom not Ebonyi citizens are going to vote for.

“As a political party, we wish to charge Mr Umahi to put his house, APC, in Ebonyi State in order, so that the party can have a gubernatorial candidate ahead of the 2023 general elections.

“A man whose house is on fire doesn’t run after rodents. Ebonyi citizens of voting age are very wise and know where to lay their hands in the time of rain. Without mincing words, Ebonyi is a PDP State and this status will be upheld beyond 2023.”

Nwoba further urged Nigerians to discard Umahi’s assurances of giving bulk votes to Asiwaju Ahmed Tinubu, adding that the governor is speaking with the mind of failing the presidential primary election.

“We wish to inform Nigerians to discard that statement from Umahi, as he spoke in the emotion of a politician who failed woefully in the just concluded presidential primary election of the APC.

“We urge Bola Ahmed Tinubu not to reckon on the assurances of the defeated political general, whose booths are a modicum of manure in the soil of the Eagles Square,” the Party said.

Previous: Muslim-Muslim Ticket: Arewa youths harp on competence
Next: Those who defected to PDP in Kogi ate ghosts, not our members- APC