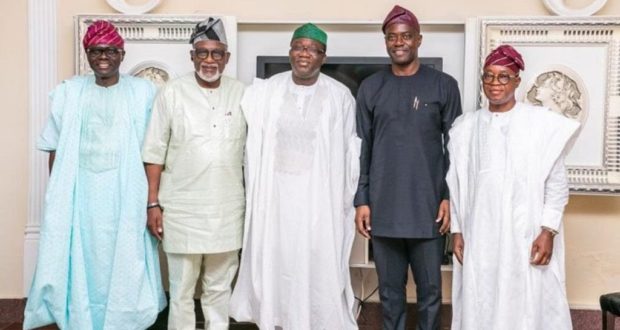 An economist, Prof. Tella Sheriffdeen has expressed concern over the N1.04 trillion debt profile of states in the South West.

Tella, a Professor of Economics in Olabisi Onabanjo University, Ago-Iwoye, Ogun, expressed the concern to newsmen  in Lagos while reacting to the data published by the Debt Management Office (DMO).

DMO, in the debt data released recently, said the six states in the region namely: Lagos, Osun, Ekiti, Oyo, Ondo and Ogun carried a debt burden of N1.04 trillion as of March 2019.

A breakdown of the debt figures shows that Lagos came first with N542.2 billion, followed by Osun with debt stock of N147.7 billion.

Tella said that these states needed to explain to their citizens what the loans were used for.

“There is the need for the states concerned to explain to their citizens what they used the loans for.

“They collected Paris loan largess like other states to pay outstanding salary arrears and were reimbursed by the Federal Government for the federal roads executed.

“They claimed that they improved on internally generated revenues and spent same for development.

“There were no feasible development in public education and health sectors except in the case of Lagos and Osun. So, where did the foreign loans go into?,” Tella asked.

He said that the Houses of Assembly in the concerned states and the civil society organisations must inquire into the issue.

According to him, the public too must be interested on how loans contracted on their behalf are utilised.

“This is because their children will not enjoy development, but will pay for funds that were mismanaged,” Tella said.