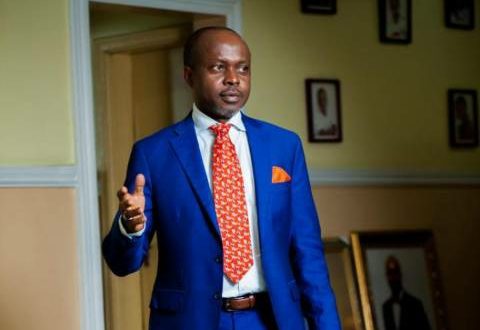 A key People Democratic Party governorship aspirant in Edo, Mr Gideon Ikhine, has stepped down from the race for Governor. Godwin Obaseki.

Ikhine announced his decision at a ceremony in Benin in presence of  Obaseki, state party chairman , Dr Tony Aziegbemi and other party leaders from across the state

He said that there was no progress without a sacrifice, adding that the governor’s defection to the party was God’s great answer to the party and his aspiration.

He noted that two persons could have the same vision but the means of approaching them different.

Ikhine stressed that he was not actually stepping down, but ” stepping behind the man who would lead the party to glory come Sept. 19″.

He said he and his supporters had resolved to work with the governor to ensure that a better tomorrow is achieved in the state.

Responding, Obaseki said that with the political situation in the state, history was being made in the country.

He noted that 21 years later in the present republic, democracy was taking a new turn as intellects were coming into the political process to redirect political processes and situation in the state.

The governor said that he joined the PDP because he realised that PDP was Edo and Edo was PDP.

He commended the aspirant for reconciling with the party by identifying the lapses in Edo PDP and ensuring that the lapses were addressed.

Obaseki noted that governance ought to be about the people and not about few individuals .

He stressed that deceit could not be part of political structure, but about leadership

Previous: JUST IN: Ize-Iyamu emerges winner of Edo APC guber primary, may slug it out with Obaseki
Next: Only NEC can solve APC crisis- Giadom