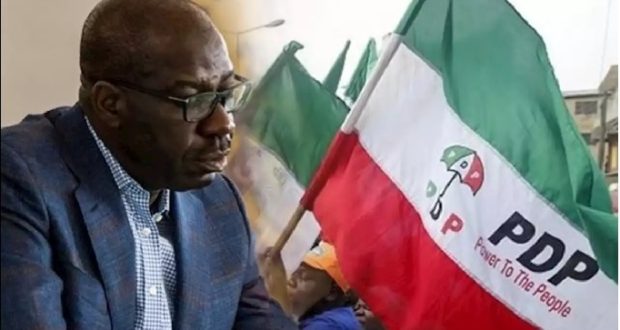 As Edo gubernatorial election is around the corner, the rank of the Peoples Democratic Party, is swelling as 106 members of the Action Democratic Party have defected to its fold.

This is coming at a time when the state gets set for a governorship election, described by analysts as a two-horse race between the PDP and APC.

The governorship election is slated for September 19 and Obaseki, who is the PDP candidate, will face Osagie Ize-Iyamu of the APC.

ADP Organising Secretary in Edo, Oshodin Izedomwen, who led the defectors, said on Tuesday in Benin that the defection was part of their belief in the capacity of the PDP.

Izedomwen said he was a founding member of the PDP and that he left the party because of some persons, whom he described as “strange bedfellows” who came to join the PDP.

He explained that the other defectors and himself had now returned to the PDP because the “strange bedfellows had since left the party.

“In politics, interest matters because it is always the driving force,” he stated.

Receiving the defectors, the Edo State Chairman of the PDP, Tony Aziegbemi, described the action of the new party members and their leader as a homecoming.

Aziegbemi assured the defectors that they would be integrated into the PDP to contribute to the success of the party in the state.