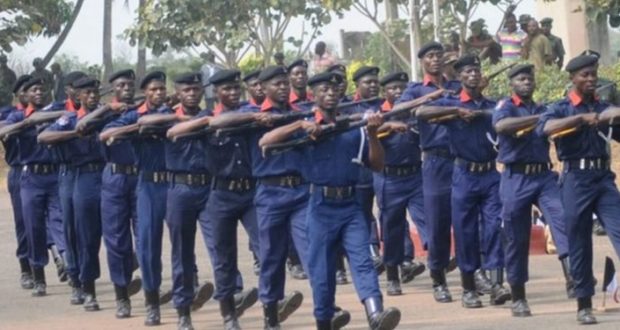 Edo 2020: “They will offer you bribes, but resist temptation,” NSCDC warns officers

The Nigeria Security and Civil Defence Corps (NSCDC) in Anambra State has warned officers of the command set to be deployed to Edo State for the governorship election to show professionalism in the discharge of their duties during the election.

The State Commandant, David Bille gave the advice on Wednesday at a one-day sensitization workshop for officers and men of the command scheduled for the poll.

He urged them to be apolitical and resist any financial inducement while discharging their duties to ensure a free, credible and non-violent election.

He further underscored the place of Priority Information/Behaviours for prevention of COVID-19, Security Guidelines on Edo Gubernatorial Election and NSCDC roles, responsibilities and duties of operatives during the election.

In their separate lectures, ACC Anyanwu Kennedy, CSC Ejikeme Okeke and CSC Onabe Moses charged participants to be civil in their actions and be smart in appearance with their election identity tags on them in the course of their assignment.

The officers were equally reminded of their duty to protect officials of the Independent National Electoral Commission (Election), materials and electorates during the election