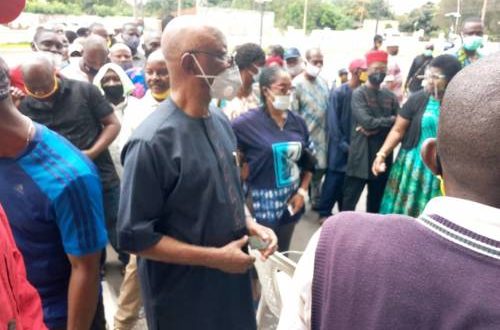 The Peoples Democratic Party has won the polling unit of ex-National Chairman of the All Progressives Congress, Chief John Oyegun, in the ongoing Edo State governorship election.

The former Chairman who registered in Ward 2, Unit 2, in Oredo Local Government Area, voted at about 11:00am.

At the end of voting, sorting and counting, the PDP candidate and incumbent governor, Godwin Obaseki, scored 109 votes while the APC trailed behind with 40 votes.

Oyegun had in a statement during the week refused to endorse Osagie Ize-Iyamu, his party’s candidate in the governorship election.

“They should by their votes make clear that it is their right to choose their governor and nobody else’s. There is no room for fence sitters. This is a special situation and primitive loyalties should and must be set aside. Remember Mr President’s admonition in an equally challenging pre-election situation in Imo State, “vote your conscience,” he said.