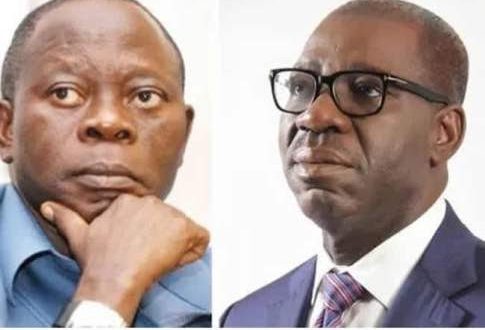 Governor Obaseki and the Edo chapter of the APC had earlier rejected Senator Ahmed Lawan as chairman of the committee on grounds that it was agreed at the National Executive Committee that it was President Mohammadu Buhari that would set up the committee and not Comrade Adams Oshiomhole.

Another reason adduced was that Senator Lawan had shown biased in the issue especially as regards the Edo Assembly crisis, The Nation reports.

Governor Obaseki applauded the reconstitution of the committee and expressed confidence that the committee would deliver on its mandate to restore peace and unity in the party.

A statement released and signed by Secretary to the State Government, Osarodion Ogie, said the state government is “grateful to President Muhammadu Buhari for putting together a committee of persons with proven integrity and the forthrightness needed to deliver on this very sensitive national assignment.”

The statement reads, “With the person of the renowned statesman and leader of the APC, Chief Bisi Akande, heading this committee, and other very worthy leaders of our party as members, we have no doubt that justice will not only be done but seen to be done in the execution of the mandate of this committee.

“We hereby restate our full commitment to peace in the APC both in our state and across the country.

“Despite the many challenges, APC has remained strong in Edo State and in Nigeria, but we are certain that at the end of this exercise, the party will become even stronger and continue to lead our great country with its progressive ideals for many years to come.”