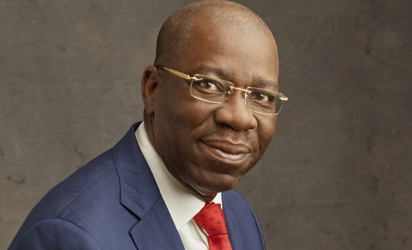 Two stakeholders in Edo State on Sunday  raised alarm over an alleged secret plot to destroy the chances of All Progressive Party, APC  in the September 19 governorship election.

The Stakeholders accused unnamed politicians of trying to malign one of the frontline aspirants, Pastor Osagie Ize-Iyamu.

In a letter to President Muhammadu Buhari, the politicians urged him to disregard what they called a desperate attempt to malign the APC governorship aspirant.

The letter was signed by Stanley Odidi and Sam Oboh, both former council chairmen, as well as a former Edo House of Assembly member Etinosa Ogbeiwi.

They were reacting to a purported attempt to discredit Ize-Iyamu.

According to them, Edo people want “competent leadership”.

“They have made it resoundingly clear that they want a free and fair primary election for the gubernatorial ticket of the APC, with a level playing field granted to all aspirants, including the leading aspirant, Pastor Osagie Ize-Iyamu.

“With the countdown to the contest for the gubernatorial ticket of the APC in Edo State, it is obvious that these people want intervention only where intervention means aiding their incompetence and helping their bid to monopolise ambition.

“We believe that the falsehoods contained in the letter of lies demonstrate that those behind the letter are desperate to ruin the electoral fortune of the APC, if they do not have their way.

“We, therefore, urge Your Excellency to disregard this desperate attempt to further malign the person of the distinguished Pastor.

“Finally Sir, we make bold to say that the alleged signatories to the letter of lies are non-existent, concocted names.

“Such is the mischief which can only be associated with dishonourable people who do not believe in the political ideals of openness and internal democracy upon which the APC is solidly built,” they said