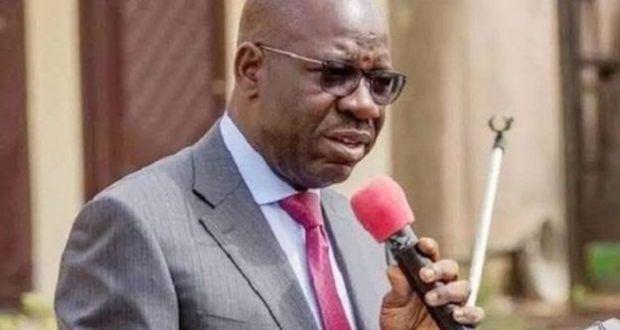 Edo House of Representatives members have called for the inauguration of 14 Edo State House of Assembly members elected in 2019 in the interest of peace and development of the state.

Rep Peter Akpatason, the Leader of Edo caucus in the House of Representatives, made the call when six Edo State House of Assembly (ESHA) members paid the caucus a courtesy visit on Tuesday in Abuja.

He urged the newly-elected speaker, Mr Marcus Onobun, representing Esan West State Constituency to immediately embark on the process of bringing all members together.

According to him, do everything possible to ensure that those 14 members are inaugurated for the sake of peace and harmonious relationship in the state.

Akpatason who is also the Deputy Leader of of the House of Reps called on Onobun to prevail on Gov. Godwin Obasaki to ensure the inauguration of the 14 Assembly members- elect, adding that this would help to douse tension in the state.

According to him, ensure that you also put the case of the counsellors that have not been paid before the governor so that their feelings can be assuaged.

“The nation is witnessing a challenging moment because the people are feeling the absence of good governance, infrastructure, human rights protection and development.

“We should take up the challenge to ensure dividends of democracy are delivered to the people and we must be collective in achieving this,” he said.

He said that the caucus was concerned about the state and what is going on in the state, adding that the violence witnessed in the build up to the election gave a negative impression.

Hr said there was need to come together to properly represent the people at all level, urging the lawmakers to work as a team, while jettisoning their difference for the overall good of Edo.

Onobun in his address said contrary to insinuation that the Sept. 19, governorship election in Edo was going to be violent, it was peaceful and the Edo caucus in the national assembly contributed enormously.

The speaker said that the re-elected governor of Edo state sees the state as his primary constituency adding that there was need to join him in building the state.

He said that the business of ESHA was up and running adding that the event of few days ago which led to the resignation of the former speaker was an internal affair.

“The former speaker’s resignation was an internal arrangement to give support for the governor.

“The business Edo people elected us for is still on and we will ensure that Edo is great again,” he said.

Previous: ENDSARS AND THE INCONVENIENT TRUTH – By LAI OMOTOLA
Next: Governor Sanwo-Olu suspends all govt activities for 72 hours in Lagos