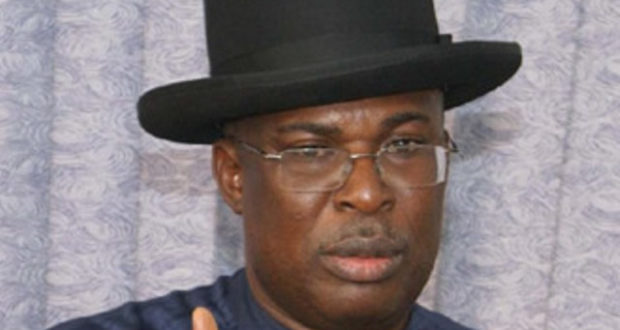 Edo was taken taken through “back door”, APC will recaim it- Sylva

The Minister of State for Petroleum Resources, Mr Timipre Sylva, says he has full confidence that the All Progressives Congress (APC) will win the Sept. 19 Governorship Election in Edo.

Sylva made the remark on Tuesday shortly after the inauguration of the Contact and Mobilisation Committee of the APC National Campaign Council for Edo Governorship Election at the party’s National Secretariat in Abuja.

The minister, who chaired the committee, said the party’s South/South stakeholders had agreed to reclaim the state in the upcoming poll.

He said that the Edo was taken from the party through the back door and it would be recovered.

“All of us in the South-South believe that this election must be won.

“It is our stronghold in the region, and therefore we are all geared up, we will all go to Edo State.

“We want to assure you that you should not entertain any doubt that Edo will be an APC state very soon, come the election in September.

“Election is not all about finance. First, if you say the power of incumbency, it is an APC incumbency that has been stolen by the Peoples Democratic Party (PDP).

“So, that kind of incumbency has coma, and that is why we believe that such incumbency will not work.

“The Edo people know that the state is for APC and I want to assure you that we are in touch with our people in Edo.

” We know that we are the dominant party in Edo and we are going to win this election,” Sylva said

Previous: Magu: I will not be distracted by baseless criticism from PDP- Buhari
Next: Governor Diri says Supreme Court victory a sign of divine intervention in his govt