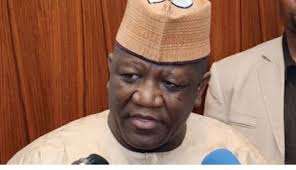 It was learnt that the arrest is in connection with the ongoing investigation of the suspended Accountant-General of the Federation, Ahmed Idris, who was alleged to have diverted over N80bn.

It will be recalled that Yari governed Zamfara State from 2007 to 2019.

A senior official at the EFCC told newsmen  that Yari was arrested at his residence in Abuja around 5pm.

‘’Our operatives arrested a former governor of Zamfara State, Abdulaziz Yari and Anthony Yaro, chairman and managing director of Finex Professional for their alleged role in N84 billion fraud involving former Accountant General of the Federation,’’ the source said.

Asked whether Yari would be released last night, the official said: ‘’Our investigation is still ongoing. He has to help us in getting to the root of the matter.’’

The suspended accountant-general, has been in the EFCC custody since May 16, after being suspended indefinitely.