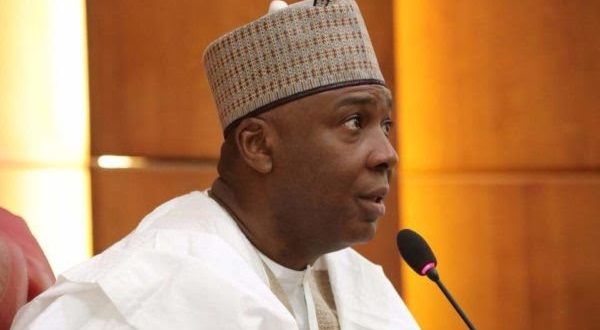 The Economic and Financial Crimes Commission (EFCC) has made move to begin a fresh investigation against outgoing Senate President, Bukola Saraki.

This was revealed through a letter signed by the EFCC Zonal Head overseeing Kwara, Isyaku Sharu, and addressed to the Permanent Secretary, Kwara Government House.

According to the letter made available to reporters during the weekend, the anti-graft agency said its fresh investigation seeks to look into all salaries, allowances, estacodes, and payments Saraki received as governor from 2003 to 2011.

The letter entitled: ‘Investigation Activities: Dr. Bukola Saraki’ reads in part: “In view of the above, you are kindly requested to furnish us with the full details of all his entitlements to include but not limited to emoluments, allowances, estacodes, other fringe benefits and severance package while he held sway as the Executive Governor of Kwara State between 2003 and 2011.

“This request is made pursuant to Section 38 (1) & (2) of the Economic and Financial Crimes Commission (Establishment) Act, 2004 and Section 21 of the Money Laundering (Prohibition) Act.”