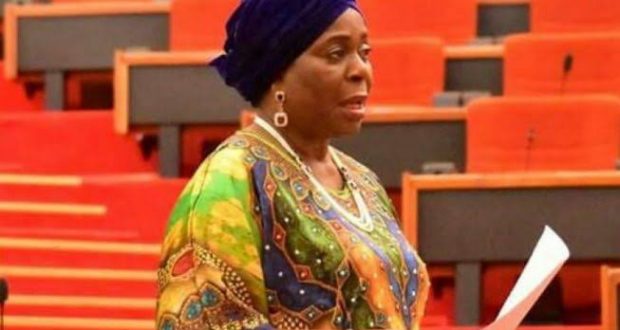 Ekiti: 2022 governorship election not my priority for now- Olujimi

Senator Biodun Olujimi has said that her major focus was to ensure  unity among members of the People’s Democratic Party(PDP) in the state,

She added that her priority was not the 2022 governorship race.

Olujimi said that she is committed towards dislodging the All Progressive Congress(APC) from the government in the state.

She made this remark  in Ado Ekiti on Tuesday through her media aide, Chief Sanya Atofarati

The statement reads: “The attention of the Media Department of Senator Biodun Olujimi, representing Ekiti South Senatorial District, has been drawn to certain publication made available in some national dailies, wherein some PDP Stakeholders expressed their agitations, in obvious support for the turn of the South Senatorial District, compelled Senator Biodun Olujimi to contest the 2022 PDP Governorship Primaries.

“That we appreciate all the agitation, who have acted in line with their fundamental human rights to self-agitation and determination, for their objective concern and sincere support for our performing Senator whom they have considered worthy, as the most viable alternative for the revered Governorship position of Ekiti State.

“That it is however imperative to know that members of the Senator Biodun Olujimi team, share the same ideology that for the sake of equity and fair play, the South Senatorial District be given the privilege to represent the state in the next Governorship race, having been marginalized since the creation of Ekiti State since 1996, 25years ago.

“That, however, we should be cautious of being driven by emotions or sentiments, capable of distracting us from our collective pursuit as one indivisible and formidable entity which is the repositioning of our great party PDP, in which every member would be proud of.”