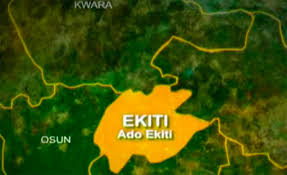 Constitutional or not, if the People Democratic Party is interested in winning the 2022 governorship election in Ekiti, a definite position must be taken about zoning, especially as it affects the southern senatorial district. Truth be told, the agitation of the zone is due for attention.

Generally, and for partisan reasons, the importance of zoning the PDP governorship ticket to Ekiti south has being largely misunderstood or undermined by many opinion writers and political leaders. Without doubt, every Ekiti sons and daughters that is of age is empowered by law to aspire to govern the state irrespective of birth place.

However, a PDP candidate from the southern senatorial district has comparative advantage over others. The PDP in opposition cannot afford to ignore the agitations of southern Ekiti people if the party is interested in victory come June 2022.

The Ekiti South agenda has gathered momentum, the people are resolved to support any political party with a candidate from the district.

Southern agenda has awakened electorates within the district to include on their to do list the desire to produce the next governor of Ekiti. You may fault the approach adopted by some groups but you cannot deprive a people the right to agitate for what I consider their right historically. The PDP cannot afford to stand against 6 out of 16 local government, especially with the possibility of the APC producing a candidate from the south.

Incumbent governor Kayode Fayemi is from the Isan Ekiti in Ekiti North senatorial district while his deputy Chief Bisi Egbeyemi is from Ado Ekiti in Ekiti Central. If in addition to the power of incumbency and strong influence in the north and central the APC produces a candidate from the south against a PDP candidate from another district, the result will be devastating for the PDP.

Ekiti south is not asking for too much, based on Political history. The southern senatorial district has been conspicuously marginalized in the past. Zoning the governorship to the district will be seen as an attempt by the PDP to right an age long wrong. It may not matter how many times we try correcting the political conspiracy against the district as a party, until the desire for the south to produce a governor is achieved, justice is not done.

Ekiti State was declared on 1 October 1996. From creation, the State has 16 local government areas, 3 senatorial districts and 6 houses of Representative constituencies.

Before the Present democratic dispensation, Ekiti had 2 military administrators, Col (retired) Mohammed Bawa (7 October 1996 – August 1998) and Navy Captain (retired) Atanda Yusuf (September 1998 – May 1999) who administered the state until the military juntas handed power to a democratically elected governor on the 29 May, 1999.

Ironically, the Southern Senatorial District with the highest number of Local Government Areas has never produced an elected Governor of Ekiti State. Note also that Ekiti South has 64 of the total 177 wards and 666 of the total 2,171 polling units.

Statistics show that Ekiti South Senatorial District has the second largest registered voters and vote cast in previous senatorial and governorship elections. If an acceptable candidate from the south emerged through a free and fair primary, the largest vote in the history of elections in Ekiti may be recorded from the Southern senatorial district.

The Central and North Senatorial districts of Ekiti have produced 2 elected governors and an acting governor each since the creation of the State. While the Southern senatorial only had their son act as the governor for 3 months during the governorship rerun election ordered by the appeal court in 2009.

Indeed, the people of Ekiti South can be said to have had a fair share of access to the position of the State Deputy Governor, hence pacifying them with a deputy governorship position is no longer intriguing. Four past Deputy Governors are from the southern senatorial district. Interestingly, all 4 worked with former Governor Ayodele Fayose, 3 during his first term in office and 1 in his second term. The Central has also produce 4 Deputy Governors while the North only had 1.

It is therefore politically smart that the Chairmanship of the PDP is retained in the Central while the south and north produce a Governorship and deputy Governorship candidate respectively. This will afford the North the opportunity of producing the Deputy Governor for the second term. The central can also produce a substantive Speaker of the House of Assembly for the first time.

Equality, the state of being equal is one of the ideals a democratic society. Therefore, the PDP should strive to attain the state of equal access to opportunity between the three senatorial districts in Ekiti state. For a peaceful coexistence, it is essential that we progress toward that ideal of everyone being truly equal.

Senator Abiodun Olujimi, a two term Senator, former House of Representatives member and a former deputy governor from Omuo Ekiti in Ekiti East Local Government is believed to be interested in the governorship ticket of the PDP, especially if zoned to the south. Although she has denied interest on several fora, her close associates have consistently expressed her desire for the position, her seemingly contrary position notwithstanding.

Professor Kolapo Olusola Eleka, a former deputy governor and the PDP candidate in the 2018 governorship election is another prominent aspirant from Ikere local government. His intention to have a second shot at the PDP governorship ticket is not in doubt. Despite his former boss, Ayodele Fayose opposition to his ambition, the Professor has adamantly proceeded with his campaign. Although some Political observers believe his desire to govern Ekiti is an uphill task without the support of his benefactor.

Kayode Adaramodu also known within the Ekiti political space as Odundun is another prominent aspirant from Ilawe Ekiti in Ekiti Southwest Local government. He is also not green in the Ekiti political landscape, his first major political footprint was seen during Asiwaju Segun Oni governorship campaign in 2007.

Some close associates of the Segun Oni campaign in 2007 believe that Adaramodu was instrumental to major financial contributions towards the election. In 2010, Kayode Adaramodu again added to his political experience when he contested for the PDP senatorial ticket. The former banker who retired as a General Manager with GTBANK and a one time Economic Adviser to the UK government is rumored to enjoy the backing of His former colleagues and associates within and out of Nigeria. An Opinion writer sometime wrote that he represents a breath of fresh air for the party in Ekiti.

Johnson Adekunle is a high chief of the Sapetu of Agbado-Ekiti.