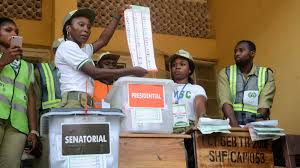 The ruling All Progressives Congress (APC) has recorded its first victory in the ongoing governorship election in Ekiti State.

It was also learnt, apart from APC, no  other candidate got a single vote in the unit.

It was also reported earlier that accreditation of voters started at 8:30an at the polling station.