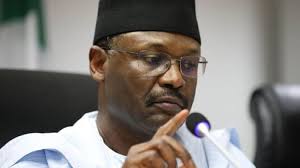 The electoral umpire, the  Independent National Electoral Commission (INEC) has called on staff to uphold the commission’s Code of Conduct and exhibit  professionalism and firmly resist any unethical behaviour during the June 18 Ekiti governorship election.

The calk was made by UNEC Chairman, Prof. Mahmood Yakubu, in Abuja in his message to INEC staff on the State’s election.

He said that there is need for them to ensure that no political party or candidate was accorded any advantage over the other.

He added that the commission had collectively implemented several activities and taken every step to guarantee a free, fair, credible and inclusive process.

“This election is coming seven months after the successful conduct of the Anambra State Governorship Election in November 2021, but it will be historic because it will be the first governorship election to be conducted based on the provisions of the new Electoral Act 2022.

“At the stakeholders’ meeting held on Tuesday, I assured the political parties, their flagbearers and the good people of Ekiti State that the choice of who becomes the next governor of the State is entirely in the hands of the voters.

“I said so confidently, because I strongly believe in the commitment, efficiency, and determination of all of you, our dedicated staff, to ensure a level-playing field on Election Day, which is just 48 hours away,” he said.

Previous: Igbos can only become president if they collaborate with other regions- PDP chieftain
Next: Angry APC protesters storm Tinubu’s residence over reps primaries