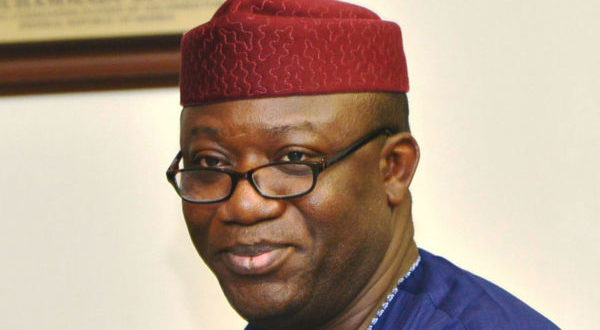 The Peoples Democratic Party (PDP) in Ekiti State has kicked against a resolution passed by the House of Assembly to name the uncompleted Ekiti State Civic Centre after Governor Kayode Fayemi.

The major opposition party described the move as as “a clear display of emptiness and idleness.”

The opposition party, in a statement on Tuesday signed by the Secretary of the State Caretaker Committee, Prince Diran Odeyemi, said it was funny that after governing Ekiti State for close to six years, there was nothing tangible to attach the name of Governor Fayemi to, except an uncompleted building.

The assembly had on Monday passed a motion mandating the executive to rename Ekiti State Civic Centre under construction as John Kayode Fayemi Cultural Centre, to honour the governor for his dedication to serve Ekiti people.

But reacting on behalf of the APC, the Publicity Secretary, Mr. Ade Ajayi, said the party did not expect any applause from the PDP on any policy, noting that the criticism by the opposition party was a crass display of viciousness and ignorance.

He described the outburst of the PDP as that of a drowning sailor, who would ordinarily want to hold on to every flimsy straw with the hope of survival, saying PDP is still licking its wounds from statewide rejection occasioned by its anti-people’s policies while in government.

Previous: Lagos APC bans all internal groups
Next: There has never been and there will never be war between me and Aregbesola-Tinubu