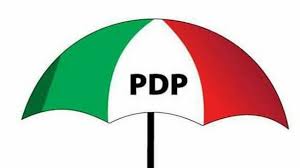 The Ekiti State chapter of the Peoples Democratic Party (PDP) has slammed an indefinite suspension against a member, Anifowose Also.

He was suspended over alleged involvement in anti-party activities.

PDP said that Anifowose was suspended for accepting the position of Chairman, Ekiti Environmental Protection Agency, from Governor Kayode Fayemi.

His suspension was  given by the party’s State Working Committee, at an emergency meeting.

He was a accused of dishonouring the invitation of the party NWC.

Reacting, Anifowosedescribed the suspension as null and void, saying: “All I have to say is that I am not accountable to their faction in the party. The party has two factions in Ekiti and the case is still court. So, they are not in a position to suspend me. They have not right