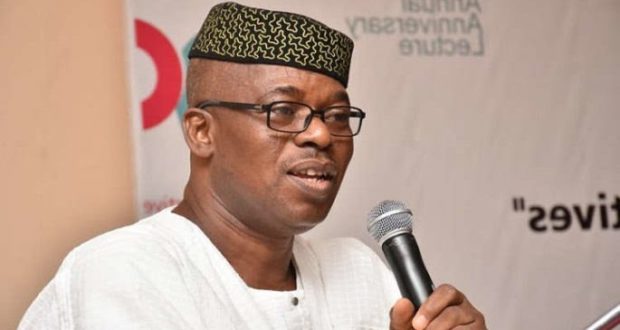 The All Progressives Congress (APC) in Ekiti State has queried former governor, Segun Oni over his
legal battles with Governor Kayode Fayemi.

Oni, a former Deputy National Chairman (South) of the APC, had challenged Fayemi’s victory at the May 12, 2018 governorship primary in which he came second after he initially congratulated the winner.

He had insisted that Fayemi was not eligible to stand as the APC flag bearer because he did not resign from office as Minister of Mines and Steel Development 30 days before the primaries.

Despite appeals from prominent party leaders, Oni had gone ahead to pursue the case to a logical conclusion. But the Federal High Court, Ado Ekiti; Court of Appeal sitting in Ado Ekiti and the Supreme Court in Abuja had all thrown out the case.

Sequel to this, the APC executives in Ifaki Ward 2 have summoned Oni to appear before them within seven days to defend himself.

He said: “The party is bigger than any individual and the party constitution stipulates disciplinary action against any member found to have contravened party rules and regulations.

“The party constitution provides that any disciplinary action against any member should start from his ward where such an individual will be given an opportunity to defend himself.”