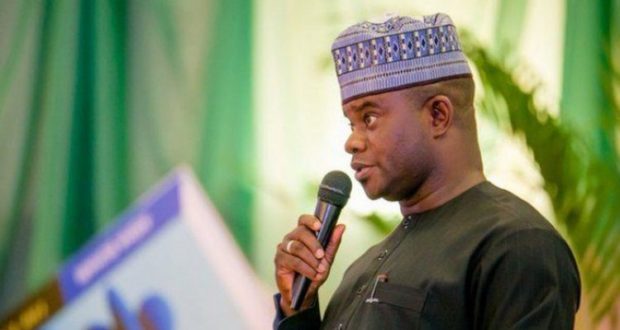 El-Rufai’s begging not because of salary, I am not owing workers any dime- Gov Bello

The Kogi State Governor-Elect, Yahaya Bello, on Tuesday debunked claims that he was owing salaries, stressing that such stories are handiwork of mischief makers.

The governor-elect, who said this while featuring on Channels Television, also alleged that thugs of the Peoples Democratic Party, PDP, stabbed a resident after he was declared winner of Saturday’s election.

Bello also alleged that the wife of his deputy was also shot at after he emerged winner of the election.

He said: “All these reports of me owing salaries are lies. Past governors of Kogi State were owning salaries starting from Audu to my immediate predecessor. Kogi state is not owning any dime at the state level, what is left is the ten percent from the previous government.

“As for El-Rufai kneeling, he was begging that Kogi people should forgive Bello for ensuring security and ensuring the state was peaceful and not because he could not pay salaries.”

On the claim of people being killed during the election, Bello said: “After I was declared winner, a PDP thug stabbed somebody and ran into the house of their women leader but he was caught and dealt with.

“My deputy governor-elect’s wife was shot at but thank God she didn’t die, the police are looking into it and would bring the culprits to book.”

Recall that the Independent National Electoral Commission, INEC, had on Monday declared Governor Yahaya Bello of the All Progressives Congress, APC, winner of the Saturday’s governorship election in the state.