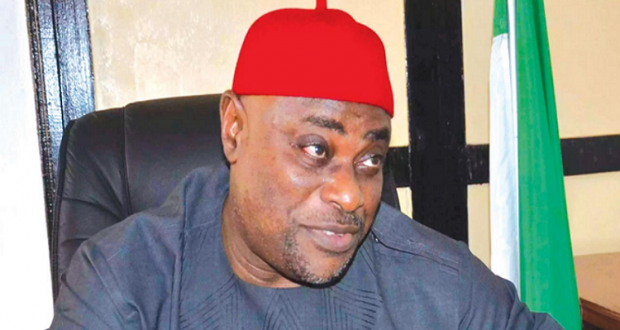 The National Chairman of the All Progressives Grand Alliance (APGA), Victor Oye, has described the re-election of Governor Willie Obiano on Saturday as “a product of hard work and good governance”.

Oye said he had earlier predicted that APGA would win seven states in the 2019 general election.

In his reaction, Victor Umeh, the Director-General of the Obiano Campaign Oganisation, commended President Muhammadu Buhari for ensuring that the electoral process was not manipulated.

Umeh, a former National Chairman of the party, described the election as “the best election ever conducted in the state”.

He said that the outcome of the election showed a great beginning for the nation’s democracy.

“There was palpable tension that the result will be manipulated, but today, all the results at the Local Government Areas were declared at the INEC Headquarters.

“This is what we wish for the country, an electoral process where the people are allowed to choose their leaders,” he said.

Umeh urged the Commission to deploy the model used in the state to reform the electoral process in the country and “rid the process off fraud”.

Previous: Obiano: This sweet victory belongs to ‘Ndi Anambra’
Next: Anambra: Our people rejected politicians and voted for the highest bidder – Chidoka