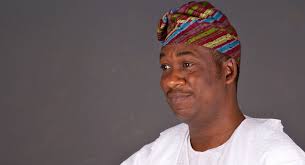 The Deputy Governor of Lagos State, Obafemi Hamzat, has called on religious organisations to encourage their members to actively engage in politics.

The charge was made by through a statement  titled “Hamzat, Shekarau advocate FBOs collaboration on good governance.”

Hamzat made the call to religious groups during a workshop organised by the Nasrul-Lahi-L-Faith Society.

During the workshop, Hamzat stated that religion should not stop anyone from engaging in politics, rather such members can serve as “good role models to others and allow their principles and conviction to guide and drive what they do in government.”

The statement quoted Hamzat as saying, “If they stay away, they have no moral justification to complain about governance. Nigeria should prioritise competence in every facet of our national life because merit is very important.

“As a people, we should not ignore merit and lower our standards. Neither should our system encourage indolence and relegate hard work”.

He also called on religious bodies to “go beyond esoteric teachings in their preaching and embrace more realistic content designed to promote decency and better behaviour.”

Hamxat stated that religious people should develop a better mindset towards seeking solutions concerning the challenges in the country.

The Deputy Governor also emphasised on the need for citizens to unite in order to develop solutions to national problems, rather than fight the government.

“He said Nigerians should stop gratifying violence and wrongdoings, imploring FBOs to use their platforms to engage in rebuilding the moral fabric of our nation,” the statement read.

Previous: Ekiti 2022: Why PDP should zone ticket to southern senatorial district- Community leader
Next: 2023: Nigerian system not suitable for youths to contest- Saraki