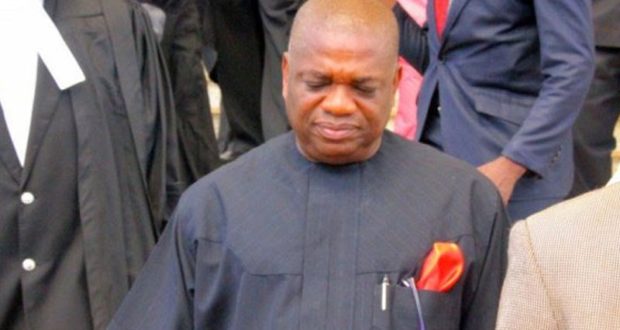 Before his release, he he was serving a 12-year sentence before an order to release him by the Federal High Court in Lagos.

Justice Mohammad Liman of the Federal High Court in Lagos ordered the release of Kalu on Tuesday following his conviction last December for alleged looting of N7.65b belonging to Abia.

He was released around 7:30pm.