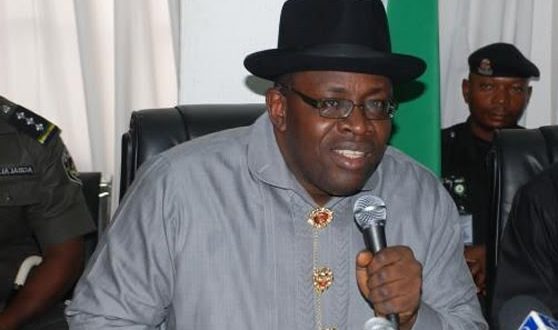 Ex-Governor of Bayelsa State, Seriake Dickson has been declared the winner of the December 5, 2020, Bayelsa West Senatorial Bye-election.

The INEC Returning Officer, Prof. Ekechukwe Okeke, Dean of Humanities at the Federal University of Otuoke announced that Dickson, a candidate of the People Democratic Party (PDP) polled 115,257, to beat his closet rival, Peremobowei Ebebi of the All Progressives Congress,( APC) who scored 17,500 votes.

Acccording to Daily Post, the election result showed how the two major parties maintained their strongholds during the exercise.

Governor Douye Diri also proved the dominance of the Peoples Democratic Party (PDP) as he won the local government, Kolokuma/Opokuma for the party’s candidate in the Bayelsa Central bye-election.

The result collated by the Collation Officer, Dr Abiodun Adelegan, for Kolokuma/Opokuma Local Government Area, indicated that out of the 26,831 accredited voters, the PDP candidate, Mr Moses Cleopas polled 20, 992 votes while Mr Abel Ebifemowei of the All Progressive Congress(APC) polled 4,980 votes.

In Yenagoa, results collated by Prof Chris Onyeama indicated that Cleopas defeated Ebifemowei with a wide margin polling 54,390 votes out of the 61,911 accredited votes.

Meanwhile, David Lyon, the south-south representative at the national caretaker, extraordinary convention planning committee, described as commendable the peaceful disposition of the electorates during the December 5 bye-elections.

Lyon, who was in his hometown Olugbobiri, ward 4, Olodiama 2, for the National Assembly bye-election, expressed optimism in the outcome of the election and commended the people for the peaceful conduct.

Chief David Lyon expressed satisfaction with the improved manner INEC distributed sensitive and non-sensitive materials across the difficult creeks of his constituency.

He called for unity among the people of the State, pointing out that the election provides opportunities for people to freely choose their own candidate and equally afford the candidate the opportunities to canvas for votes in a free and fair manner.

He condemned situations where elections are characterised by hate campaigning, mudslinging and electoral violence which often threaten post-election peace-building and societal integration

Previous: 2023: Fayemi kicks against zoning
Next: Some PDP leaders decamp to APC in Rivers