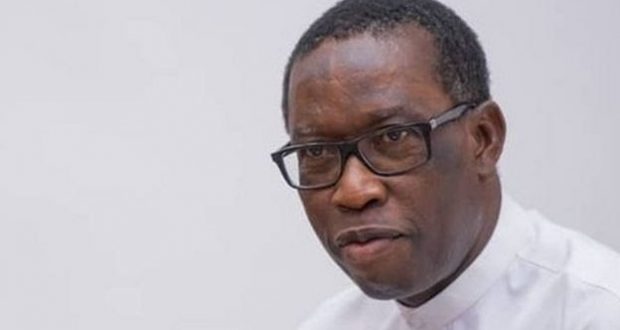 Delta State Governor, Dr Ifeanyi Okowa has said that he should not be compared to Lagos State Governor, Babajide Sanwi-Olu in his policy of repealing the state’s law on the pension and remunerations of ex-governors and deputies.

Responding to questions from newsmen duringq a quarterlymedia interactive session on Wednesday, he said his government has more pressing challenges and uphill tasks than changing an existing law.

“I will not bother myself with reversing existing laws on ex-governors pension and remunerations.

“I have more pressing challenges to address and won’t be bugged down with revisiting existing laws.

“Governor Sanwo-Olu may have his reasons for repealing the law, but for me it’s not my priority.

“Every governor runs his state according to its peculiar challenges. I don’t criticise any governor for his style of administration.

“But for us in Delta, we tackle our challenges according to their peculiarities,” Okowa said.

Talking in resource ccontrol Okowa said: “We have continued to push for restructuring and resource control. There is need to restructure Nigeria, devolve power and resources. You cannot dispense power discriminately. You cannot permit one state to exploit mineral resources and restrict others from doing same.”