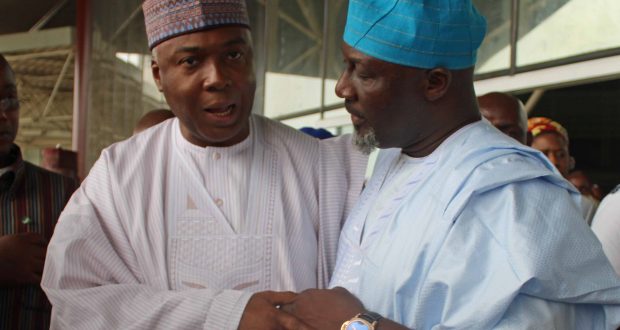 The victory of a former Leader of the Senate could become a starting point for a new legal debate.

A former Chairman, Nigerian bar Association (NBA) Minna chapter, Taidi Jonathan, says the judgment of the Federal High Court Abuja, which nullified suspension of Ali Ndume, has vindicated the position that the Senate does not have the power to carry out the action.

The Senate on March 29, suspended Ndume, its former Leader, who had asked for investigation of allegations of impropriety in importation of a bullet proof vehicle against the Senate President, Bukola Saraki and perjury against another Senator, Dino Melaye.

Ndume was suspended for six months, instead of one year originally recommended by the Committee.

Jonathan, added that the Court vindicated the position that the Senate acted in bad faith.

“Regrettably, the time lost by the constituents cannot be regained.

“There should be express prohibition of power to suspend any member of the legislature unless by the court,’’

The lawyer explained that the judicial pronouncement would curb arbitrary usurpation of judicial powers by the Legislature under whatever guise.

Previous: Judgment is strengthening of democracy and doing what is right – Ndume
Next: Problem which brought us defeat in 2015 still manifesting – Lagos PDP Lawmaker