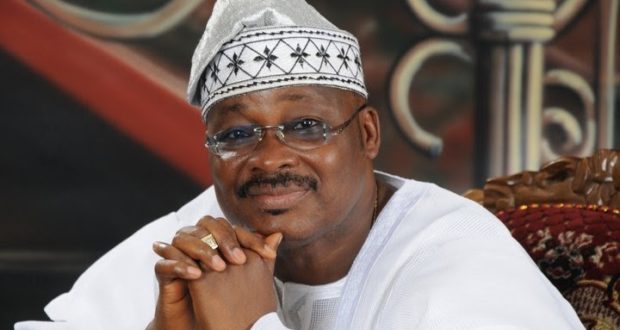 The vice chairman of the All Progressives Congress is battling to stay alive, hooked on the ventilator, PM News reports.

He has been on admission in Lagos at the First Cardiology Consultants Hospital in Ikoyi, Lagos.

It was gathered that he has been on ventilator for over one week as doctors battle to keep him alive.

But his condition has not improved as he slipped into coma.

Ajimobi was rushed to the hospital two weeks ago, a few days after he held a political meeting in Ibadan.

Senator Bayo Osinowo was treated in the same hospital, but the doctors could not save him. He died on Monday.

According to hospital sources, Ajimobi’s condition is said to be very bad.

A relation who visited him at the hospital on Monday burst into tears as he has failed to show any improvement.

After 26 years in the company, he left to join politics.

He was first elected senator in 2003 as a member of the Alliance for Democracy (AD).

In 2007, he contested the governorship seat, but lost to Adebayo Alao-Akala.

In contested again in 2011 under the platform of Action Congress of Nigeria and won.

He is now the national vice chairman of the All Progressives Congress.