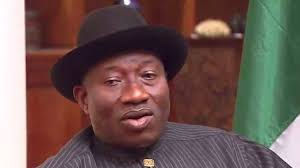 Ex-President Jonathan fails to show up during APC screening

Amid speculations, ex-president of Nigeria, Goodluck Jonathan has not been screened by the All Progressives Congress (APC), ahead of the party’s presidential primary.

It was gathered that the former President refused to show up  before the Chief John Odigie-Oyegun panel on Monday and Tuesday, the two days set aside for the screening in Abuja.

In the midst of rumour that Jonathan may have submitted his nomination and expression of interest forms and might be screened, he was not anywhere close to the venue of the exercise.

It has been reported that President Muhammadu Buhari has asked governors elected under the APC platform, to allow him pick his successor.

Buhari made this request during a meeting with the Progressives Governors’ Forum in Abuja, on Tuesday.

Previous: 2023: Osinbajo says APC ahead of other political parties
Next: Okorocha appears before APC screening panel after his release