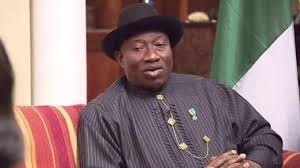 The All Progressive Congress APC in Bayelsa State, has given statement in the membership of former President Goodluck Jonathan.

Speaking,  Dennis Otiotio, Chairman, Bayelsa chapter of the party in the state said former President Goodluck Jonathan is at liberty to join the party but is yet to do so.

Otiotio disclosed this to newsmen on Tuesday.l during an interview.

He spoke against the backdrop of moves to draft Jonathan into the 2023 presidential race, saying that the APC in Bayelsa was not aware of Jonathan’s membership.

“The former president is not yet a registered member of APC. He is free to join any party of his choice.

“We are open and willing to receive him into our fold, as a political party desirous of winning elections, the only way to go is by admitting people into the party,” Otiotio said.

Miyetti Allah had on Monday in Abuja, purchased the APC presidential nomination and expression of interest forms for the former president to contest the 2023 elections on the APC platform.

However, in a statement by Mr Ikechukwu Eze, Media Adviser to Jonathan on Monday night, the former president dissociated himself from the move and said that Jonathan did not authorise the purchase of the form.