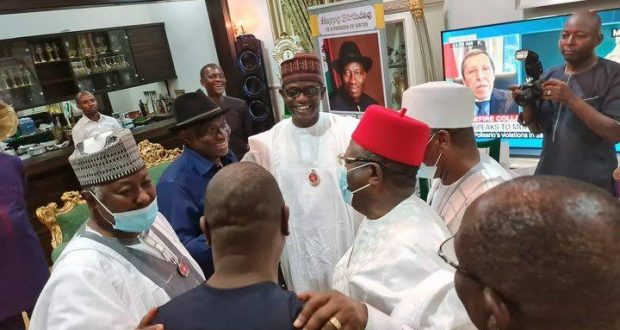 The ruling All Progressives Congress (APC) has made a surprise claim, saying that former President Goodluck Jonathan is now party of them.

Nabena also added that the part is not desperate to hold on to power by force.

“We agree that there has been issues of insecurity in Nigeria. These things have been there before. We are working on it. It’s not a day job. We are working so hard to correct that.

“What political parties like PDP do is to destabilise your government because they want to come back to power by any means. #EndSARS is the work of the PDP,” he added.

It would be recalled that last week, APC Governors paid a courtesy visit to the ex-President at his Abuja residence to felicitate with him on his 63rd birthday.

Previous: US 2020: Appeal Court strikes out Trump’s suit on Pennsylvania’s result
Next: Umahi’s Defection: I am having bad experience with PDP Governors- Matawalle