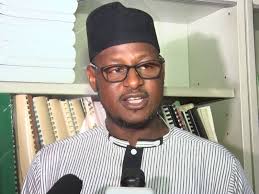 Radda won the tight contest after he polled 506 votes to defeat the two leading aspirants in the race, Mustapha Inuwa, the former Secretary to the State Government and Abbas Umar Masanawa, the immediate past CEO of Nigerian Security Printing and Minting Plc.

Surprisingly too, the former managing director of the Federal Mortgage Bank of Nigeria, Ahmed Dangiwa, who was also touted as one of the major contenders in the race, came a distant 4th with 220 votes.