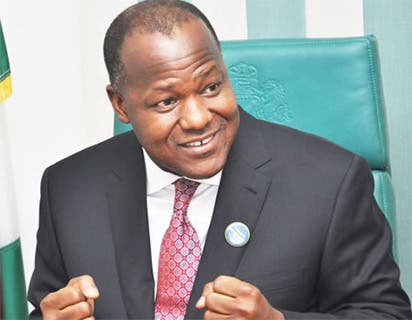 Former Speaker of the House of Representatives Yakubu Dogara has returned to the ruling All Progressive Congress (APC).

He was led to meet President Muhmmadu Buhari at the State House on Friday by chairman of the party’s Caretaker/National Planning Committee Governor Mai Mala Buni.

The former Speaker did not speak with State House correspondents after the meeting but Buni confirmed he had rejoined the APC.

Previous: JUST IN: PDP urges Buhari to tender his resignation as President immediately
Next: Dogara has not notified us about his defection to APC- PDP