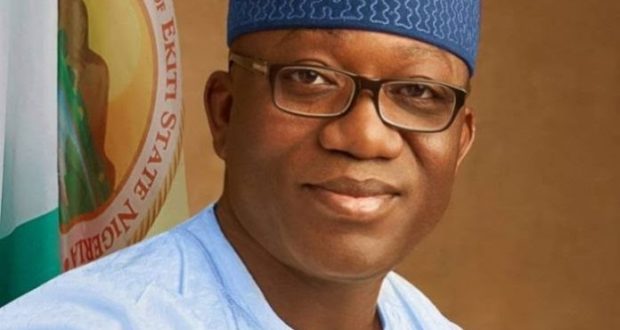 Fayemi: APC may cease to exist after Buhari’s tenure

Kayode Fayemi, governor of Ekiti state, says the All Progressives Congress (APC) may collapse after the end of President Muhammadu Buhari’s tenure.

Fayemi said this in reaction to the reports on the move by some party members to remove Adams Oshiomhole as chairman of the APC.

He made this intimation recently in an interview with Daily Trust.

Fayemi likened rumours of a rift between some governors and Oshiomhole to making a mountain out of a molehill.

In November, the APC faction loyal to Godwin Obaseki, governor of Edo state, suspended Oshiomhole after a no-confidence vote was passed on him.

But Fayemi said the governors were instrumental to the emergence of Oshiomhole, adding that they only want to be respected as party leaders and have their views taken into consideration.

“The governors were instrumental to the emergence of Adams Oshiomhole as the chairman of the party. He was their colleague, so they worked together. I don’t think there’s a view about the leadership of the party in the PGF. I think there’s a clear view that the party can do a lot more than it has done,” Fayemi said.

“If we are not careful; if we do not institutionalise processes and procedures in the party and make it more inclusive than it is, we will not have a party when President Muhammadu Buhari leaves government. This is because he is the unifying force of our party.

“The governors want the party structures to function effectively and more regularly. Adams will also say that some of us have been at the forefront of pushing for even policy convention on an annual basis.

“Adams is a veteran, passionate and an ideological politician. I have worked with him closely. So I don’t see a divergence in these views. But governors also want to be respected as leaders of the party. They don’t want their views to be given a short shrift.”

Asked to evaluate the performance of the country’s political leaders, Fayemi said they have neither failed or “given us all we would have loved to see in this democraticisation process.

“And I underline that word ‘process’ because democracy is not an event, it is a process. And when you have a process you want the journey to be linear and progressive. But in any journey, there are bumps, values and undulating lines.”

On electoral violence and ways to curb it, the governor said public office should be made less attractive than it is.

“I think that in totality, we are progressing, but not at the pace we ought to. You can see that the system is not in denial about it,” he said.

“We take two steps forward and 10 steps backwards. I think we owe ourselves a duty to see the urgency of these things. We are losing the youth of this country to frustration, despondency and despair.”

Commenting on security and the launch of “Amotekun” in the south-west region, Fayemi said the outfit was needed to complement the efforts of the “overstretched” police.

“So, what are we talking about? Even if the police put in their best efforts, we will still have challenges. That is the point we are making. And that is what recommends this community policing strategy.

Asked if the governors would not misuse the outfit for political gains during elections, Fayemi asked: “Does the Federal Government not misuse the police?

“I know what happened to me in 2014 during the election. I was a sitting governor. I had immunity, but I was assaulted. Go into the history book and check it; that was federal police.

“Any police can be mishandled. What we should be talking about is how to make sure that security institutions are more accountable within the framework of democratic control.” 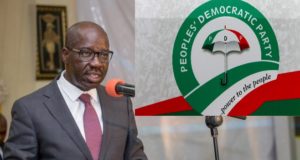