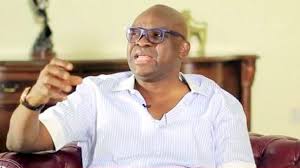 It was learnt that Akerele emerged unopposed.

He polled 69 votes as against nine votes by his opponent, Deji Adeosun.

Olayinka on Sunday in Aramoko Ekiti polled a total of 54 votes to defeat a rival, Mr Victor who scored 45 votes for the position.

Previous: Presidential Primaries: APC postpones exercise indefinitely
Next: How APC is planning to elongate its tenure beyond May 29, 2023- PDP