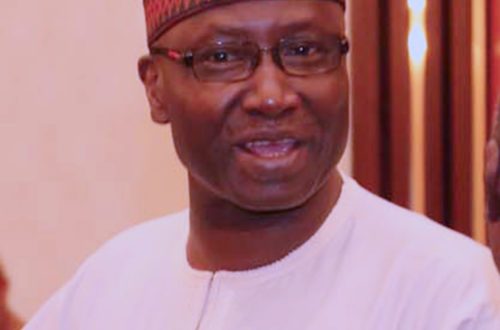 An 11-member committee to organise a state burial for late former Vice- President, Alex Ekwueme who died on November 19 in London has been by the Federal Government.

Inaugurating the committee in Abuja, Boss Mustapha, Secretary to the Government of the Federation (SGF), urged the committee to ensure that the late Ekwueme gets a befitting state burial.

Mustapha, who is also the Chairman of the committee, said that it was open to new ideas, stressing however that the work plan to be used was in tandem with previous state burial committees.

He described late Ekwueme (85) as an `all rounder’ who earned different levels of degrees in various fields; ranging from architecture to sociology, history, philosophy and law.

“Owing to the top public office he once held in Nigeria, President Muhammadu Buhari thought it befitting to organise a state burial for him. This is also in keeping with the tradition in that regard as was done to the late Admiral Augustus Aikhomu, former Chief of General staff that died in 2013,” he said.