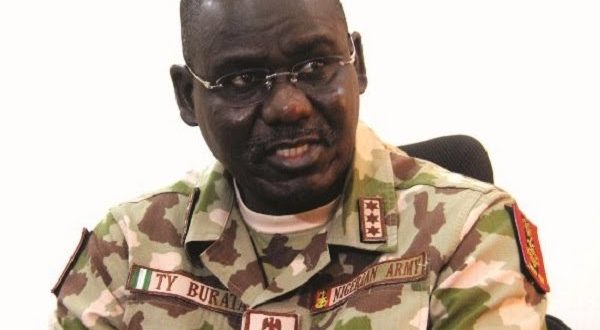 The Nigerian Army has raised alarm that some foreign interests and groups in the country are planning to scuttle the handing over on May 29 and scuttle the democratic process.

According to the army, the “mischievous elements” had thought Nigeria would not have successful 2019 general elections but they were proved wrong.

The acting Director, Army Public Relations, Col Sagir Musa, who stated this on Saturday, said the foreign interests were working to cause disaffection and divide the Multinational Joint Task Force which was fighting the Boko Haram terrorists and the Islamic State for West African Province fighters.

The army spokesman, Musa, said, “The army has noted with great concern the efforts by some unpatriotic individuals, groups and foreign interests determined to cause mischief and exacerbate the security situation in this country in particular and West African sub-region.

“These persons and groups are making concerted efforts to further induce the ISWAP and Boko Haram terrorists and bandits with funds and other logistic supports. Their body language and unguarded utterances seem to be in tandem with above and imply tacit support for the criminals.

“Some of these mischievous elements thought that we would not have safe and successful general elections but were proved wrong. Hence they want to derail the scheduled handing over later this month and to scuttle the democratic process in the country.

“We note that foreign interests are also working assiduously to cause disaffection and divide the coalition MNJTF to give room for the ISWAP and its defeated local franchise, the Boko Haram terrorists’ group, to resurrect.”