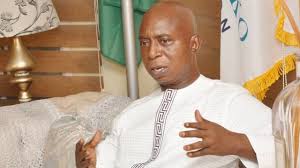 Popular billionaire Ned Nwoko has explained why the presidential candidate of the Labour Party, Peter Obi cannot be the next President of Nigeria.

He made this statement  during an interview with BBC Igbo,.

According to him, Obi will transform Nigeria as a Minister of Economy.

He added that , Peter Obi is a good man and has the support of Nigerian youths, noting that Labour Party lacks the structure to govern Nigeria.

He added that lots of systems in Nigeria will work against the emergence of a president under the Labour Party.

Nwoko said: “Peter Obi is a good man and has impressed me. When he came to London he came alone. He’s a capitalist and a big-time player in the business world and conservative in the way he handles things.

“I’ll like him back in PDP, he’ll do well as Minister of Economy, he’ll help us turn around Nigeria’s economy.

“Many things in Nigeria will work against the emergence of a president under Labour party, It wouldn’t happen.”

According to him, Peter Obi should not have dumped the Peoples Democratic Party, and hoped that he returns.

Previous: Wike talks too much, insulted a lot of people- Babangida
Next: Shina Peller joins Accord Party after dumping APC