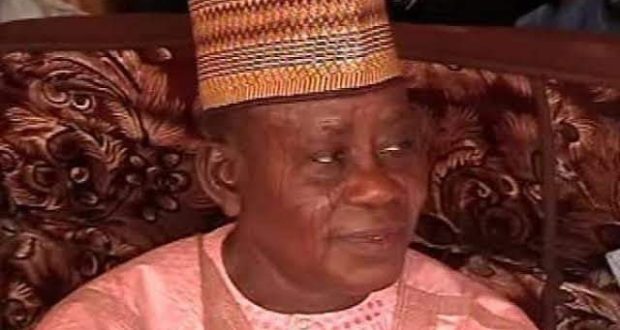 The former governor of Borno state, Alhaji Muhammad Goni has passed on

The retired civil servants gave up the ghost on Wednesday after a brief illness.

Goni was the Governor of Borno State from 1979–1983 in the Nigerian Second Republic.

In 1977, he transferred to the Nigerian National Supply Company.

In April 1979, Mohammed Goni resigned from the National Supply Company and entered politics.

He was elected as the first civilian governor of the former Borno State, on the platform of the Great Nigeria Peoples Party (GNPP), and was in office from October 1979 to September 1983.

He was also part of the Progressives Coalition led by Chief Obafemi Awolowo.

Goni founded the Borno Radio Television (BRTV) to counter the propaganda which was being pumped out of the Federal Government owned and sponsored Nigerian Television Authority (NTA).

In retrospect, his period of office was considered one of achievement when compared with his successors.

Before the 1983 elections, Goni transferred to the Unity Party of Nigeria (UPN), running unsuccessfully for reelection against the Nigerian People’s Party (NPP) candidate Sheikh Jarma.