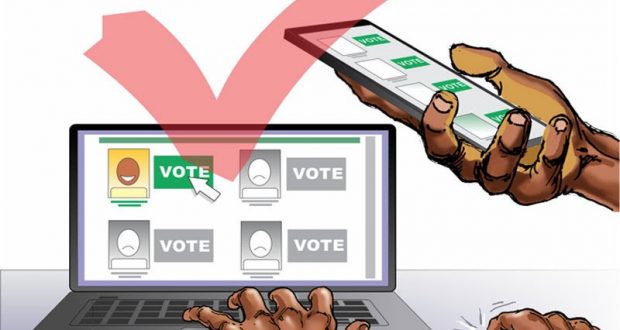 A prominent politician in Oyo State, Olayinka Oladimeji Segelu, has called for the adoption of electronic voting in Nigeria’s electoral process.

He lauded the plan of the Independent National Electoral Commission (INEC) to commence electronic voting with Anambra State governorship election next year.Fr

He said: “Honestly, the only way we can ensure transparency and reliability in the conduct of elections in Nigeria is to embrace electronic voting as it is done in some other countries of the world.

“We must understand that establishing an independent body to manage and supervise elections is not enough to guarantee free and fair elections devoid of an efficient and reliable system.

“To start with, the cost of adopting the electronic balloting may be high, but in the long term, the electoral body (INEC) will experience some cost savings because the same electronic machines can be utilised for future elections.

“We won’t have to be printing millions of ballot papers in every election period for each voter any more.

“I can tell you that the application of the electronic voting method for elections in Nigeria would certainly go a long way in giving credibility and sanity to our electoral process, as manipulation of votes and rigging would be difficult. There will be quick transmission of results.”

“The results cannot be tampered with as accuracy of voting figures is guaranteed. Dubious and unscrupulous politicians will no longer be able to have a field day by deviously writing election results in their favour in connivance with some election officials.

All these will pave the way for the right persons to be elected into elective positions in the country. And our elections would begin to reflect the true will of the people. Therefore, it is important that the enabling law is created and sufficient funds provided for INEC to actualize its plan of commencing electronic voting with the Anambra guber polls in 2021,” he declared.

Segelu, a stalwart of the Peoples Democratic Party (PDP) commended Prof Mahmood Yakubu for stepping down as INEC Chairman pending the parliamentary approval of his re-appointment by the Senate.

According to him, “The Chairman of INEC, Professor Mahmood Yakubu deserves to be commended for stepping aside and handing over to an acting chairman in anticipation of his confirmation by the Senate. Professor Yakubu has indeed by that singular act proved to be a man of honour who has total respect for the laws of the land. It is difficult to see a government appointee act in such honourable manner – stepping down on his own volition from an office he has been reappointed, to await legislative endorsement as required by law.

“We have seen cases where appointees whose appointment by law requires Senate confirmation will stubbornly remain in office even when such approval was yet to be granted by the Red Chamber. For instance, you will recall how the embattled immediate past Chairman of EFCC, Ibrahim Magu, obstinately remained in office for over four years despite several rejections of his appointment by the Senate.”