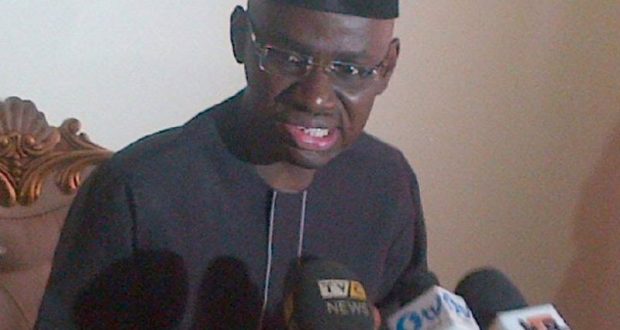 Former Deputy National Publicity Secretary of the All Progressives Congress (APC), Timi Frank has lamented that the present leadership of the Nigeria Labour Congress (NLC)  has betrayed Nigerians.

Speaking in a statement reeleadr to the press, he lacerated NLC for its inability to protect Nigerian workers from what he called oppressive policies of the present Government.

He warned Nigerian workers not to be carried away by empty threats being made by NILC leadership, noting that they have dancing to the tune of the government while failing to fight for the right of workers.

According to him, the condemnation statement by NLC as regards fuel price hike is a mere  “Nollywood script” to deceive people..

He said: “It is clear that the present leadership of the NLC and the Trade Union Congress (TUC) have traded the welfare of workers for their personal enrichment.

“The NLC has since abandoned the struggle and has lost its mettle as the guardian and protector of workers’ interests. Their voices are silent because their throats are filled with inducements. They now mew like cats instead of roaring like lions. They have lost their Aluta venom and sting.

“The NLC claimed to have entered into an agreement with the FG when the latter surreptitiously jacked up the price of fuel and electricity tariffs.

“Today, those prices did not only stand, the Federal Government has gone ahead to again effect a new increase in the price of petrol at the time prices of crude oil have plummeted at the international market.

“Let the NLC leave Nigerians alone. Nigerians can fight for themselves and they will fight to defeat this evil regime in the next election.”

Previous: Victory of gov Diri of Bayelsa affirmed by Supreme Court
Next: Wike to Umahi: Stop lying because of your presidential ambition