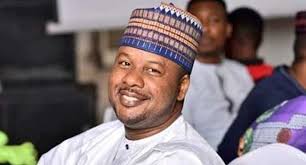 The former aide revealed this via his official Twitter handle on Sunday, thanking the party’s stakeholders for making it possible for him to secure the ticket.

He said, “Alhamdulilah I’ve won the primaries of my party & I’m now a gubernatorial candidate of the Peoples Redemption Party PRP Victory in Kano State. A huge thank you to our party delegates, leaders & other well wishers #DawisunKano2023 is now official! May Allah make us victorious.”

It will be recalled that Yakasai had called for President Muhammadu Buhari to resign over his failure to prevent the abduction of schoolgirls in Zamfara State among other security concerns.

It was reported how he was later arrested by the secret police, Department of State Services (DSS) and then sacked by the state government.

Yakasai said that the Nigerian government and the APC have failed to fulfil their promises to Nigerians.

“I have therefore reached a point in my life where I have decided to embark on a new political journey to ensure that I stick to my beliefs and principles. It is in this light that, after due consultation with my political mentors, constituents, friends and family, I resolved to exit the APC.

“I stuck out my neck, risked my life, gave my word and trust, and extended my belief in a party that we all thought in 2015 will usher in the leadership that will answer the cry of millions of Nigerians for good government, social stability, and material prosperity,” he had said.