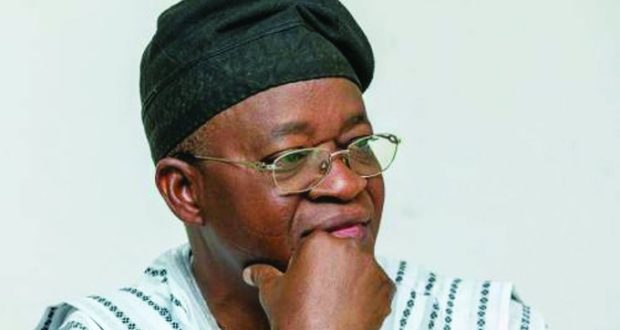 He warned that this would subject pupils to psychological trauma.

The 4-5-3 education policy was implemented by the immediate past Governor, Rauf Aregbesola, who is now the Minister of Interior.

Recall that the incumbent Governor, Gboyega Oyetola, recently reversed the controversial Aregbesola education policies, which include single school uniform and merger of basic and high schools.

The decision followed the report of a committee set up by the government to review several policies implemented in the sector by the previous administration.

The government, through the Ministry of Education, announced that the 6-3-3-4 education policy would be implemented when schools resume.

In an interview with newsmen, Alimi, who was a commissioner during Aregbesola administration, explained that the reason for the reclassification was to correct an anomaly among pupils in the primary scholar, especially in the area of the school feeding programme.

He explained that what the immediate past government did was to move those who were not being fed to join others at the other levels, thereby reclassifying the system.

Alimi stressed that since the government lacked the resources to feed all pupils in primary classes, returning them to the old system would have a negative effect on them.

He said, “When we came on board in 2010, we met the school feeding programme. It was for primary 1 and 2 alone. It was the operators that approached Aregbesola’s government that the programme was laudable but recommended to the government to stop if it could not feed the whole primary school pupils.

“They said the only option for us to continue was to feed the whole primary school pupils, revealing that pupils from primary 3 to 6 used to undergo psychological trauma whenever primary 1&2 were eating. They would be watching through the window how their juniors were enjoying sumptuous meals.

“Teachers would need to send them to where they could buy food, but some of them might not come with money from home. So, immediately they started sharing food, that would be the end of that academic activity for that day. So, instead of the expected positive impact, the programme was generating a negative effect on pupils and becoming counterproductive.

“All other states in the federation stopped it because of that reason. We sat down to review it, we thought of extending the programme to Primary four and we realised that the government could afford that. So we decided to take the primary five and six away from the same school.

“When the Oyetola administration came and said they wanted to reverse it, the question now is, do they have resources to feed primary one to six? Or they are less concerned about the psychological feelings of the pupils”, he rhetorically asked